Citizenship
A big congratulations to John Orillo and his father, mother, older brother and sister who were made citizens of New Zealand on Monday.  John has lived in New Zealand since he was 3 years old and came out from the Philippines. 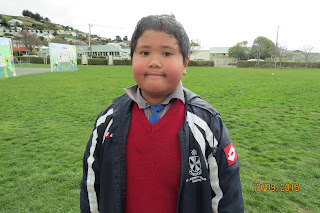 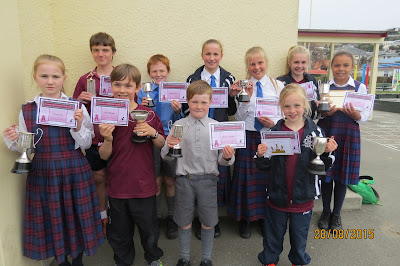 Otago Cross Country
Last Friday, Sebastian Spillane, Max Fatafehi and Hotili Asi competed in the Otago Cross Country where they ran in wet, cold and muddy conditions but thoroughly enjoyed themselves.  The boys ran in the Yr 5 age group against 92 other boys.  Sebastian got 38th, Max got 42nd and Hotlili got 53rd. Well done boys. 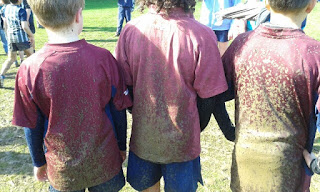 Yr 5 Mixed Netball Team
Last Saturday this team travelled to Balclutha as winners of the Otago Yr 5 netball competition alongside two other teams from Otago to compete against the top 3 teams from Southland.  They played against some really good teams and ended up getting 4th. Thank you very much to all the parents, supporters, coaches and umpire who cheered them on.

Gymnastics
Last weekend in Timaru, Mya Lindsay competed in the South Island Gymnastics competition which included competitors from Dunedin, Christchurch and the South Island.  Mya went with the Oamaru Pathfinders Gym Club where they got placed third overall in the Step 1 grade and Mya got first on the beam in her grade.  Congratulations and well done. 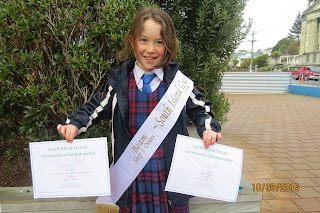 Swimming
Congratulations to Elenoa Asi who has recorded two New Zealand Junior swimming times in the 50 and 100 m breaststroke.  These times allow Elenoa to compete in the New Zealand Junior Swimming Champs which will be held in Auckland in February next year. To help obtain these times, Elenoa swims 6 times a week for 1 1/2 hours which includes mornings. She is hoping to get another time in the backstroke event and will go to lots of swim meets in order to get this.  Well done. 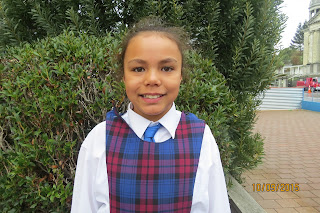