Looking ahead to next week when my surgery is planned, and I will have some time away, I have been considering what I love most about my job and it is definitely the teaching and learning aspect.  The very best thing is seeing our learners enjoy their learning and making progress.  I also love the problem-solving of figuring out what makes aspects of learning difficult for some and how we can get past that - and it's different for everyone.  I also love that the biggest part of learning is actually about how to be a good human being and get along with other human beings and we all have to learn that one way or another and all the little hiccups aren't setbacks, they are opportunities for learning.  Here are a few photos of learning happening in school today. 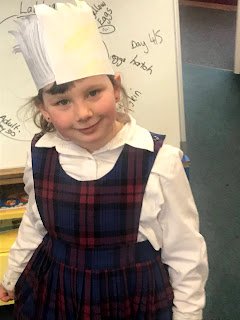 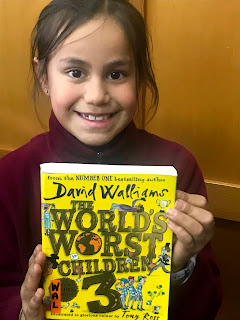 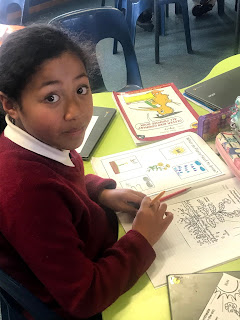 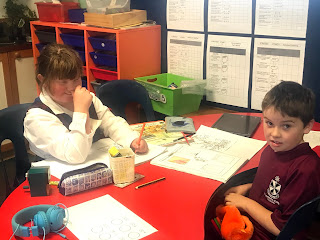 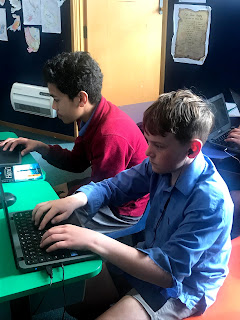 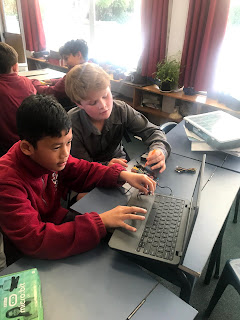 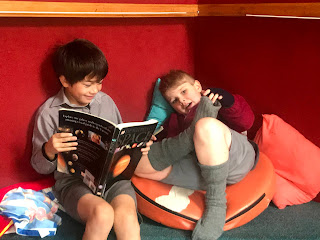 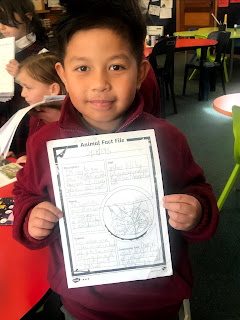 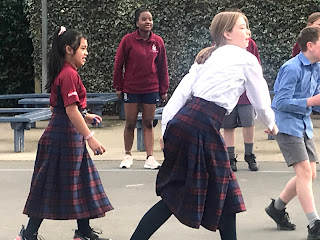 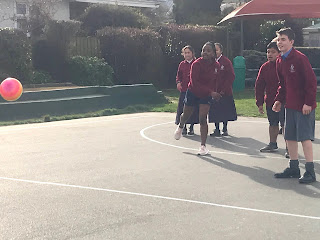 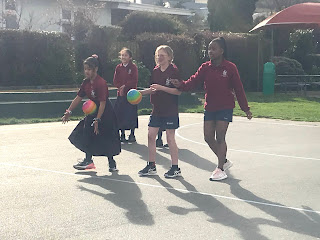 Behaviour Plan Review
We are doing our scheduled three-yearly review of our behaviour plan.  We are a school and our main focus is learning.  So behaviour mishaps are opportunities for learning and our behaviour management systems should be learning systems.  We also need to acknowledge that people can heat up and do or say things they regret and our job is also to help the children to learn to cool down and self-regulate.  Then if they have crossed the line of acceptable behaviour, the response is about putting it right and we use Restorative Justice to make this happen.  Behaviour that has caused damage also requires consequences in line with natural justice and this is part of putting things right.  None of us is perfect and we are all learners.
This is a draft of what the staff are looking at regarding how we present our behaviour plan.  If anyone has any thoughts or feedback on this you can send your thoughts directly to principal@stjoseph.school.nz and they will be considered in any adjustments we make.  Thank you. 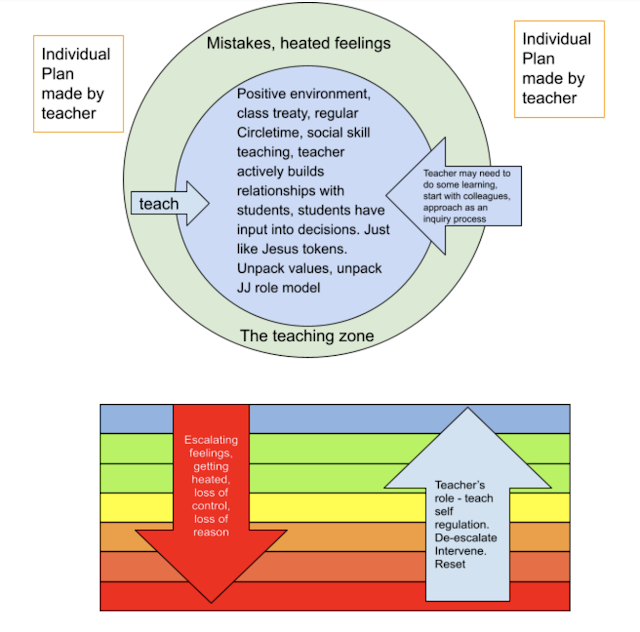 The main part of what we do is teaching in the blue zone, the zone where people feel calm, safe and happy.  Everything we do aims to bring children back to this zone where they can learn about themselves, their reactions, other people and their reactions, and thus be in a place to take on curriculum learning.  We acknowledge that children's feelings can escalate, and our role is to help with de-escalating as best we can.  The individual behaviour plan happens when our efforts to bring things back into the whole class teaching phase is not working for an individual child and they need a more tailored approach.
Policy Reviews
We welcome your input into our policy reviews.
Our present policy reviews are on "Behaviour Management" and our "Concerns and Complaints Procedure"
If you would like to give input here are the instructions:

The community login for the site is at schooldocs.co.nz. To login, click the link and enter the following details when prompted:

Go to the tab at the top that says, "Current Review"

Upcoming Events
Please support us in our main community events this term which are Cross Country on 27th August and Singing Cup on 1st October.
Note Teacher Only Days
School will be closed on these days:
30 August
17 September
NEW ONE: 1st November - this is for professional development in structured literacy.  The date is a late confirmation as it has been extremely difficult to get the trainer for this and our Community of Learning is doing it together.
I hope the rest of term goes well for everyone and I will be praying and wishing well for our school.
God bless and aroha
Lorraine
Posted by Lorraine Frances-Rees at 14:48 No comments: 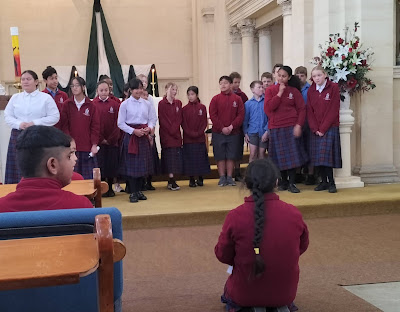 In the Nicene Greed we say "I believe in one Lord Jesus Christ, the Only Begotten Son of God, born of the Father before all ages. God from God, Light from Light, true God from true God, begotten, not made, consubstantial with the Father; through him all things were made. Consubstantial describes the relationship between Jesus and the Father (New Words, Deeper Meaning, NZCBC 2010).

We had our first parent meeting last Monday organised by Mark and Adrienne Wylie. It was a good turn out and thank you to the parents who made it to the meeting. Our final meeting will be next Monday 16th at 7.00 pm at school. The theme was "Our Church gathers to celebrate. We listen to God's word". Parents support their child who took part in this holy sacrament to understand parts of Mass. A video "The Catholic Mass Explained" was shown to them which they can watch it together with their child at home. This video talks about the parts of Mass. "We are called to show our love for God by coming together as a community to celebrate Eucharist".

WHAT IS A CATHOLIC FEAST DAY?

The Catholic Church assigns one date out of the year for each and canonized saint — known as the saint’s feast day.  The saints are remembered on their individual feast days with special mention, prayers, and possibly a scripture reading.

The 15th of August is the feast of the Assumption of Mary. Mary is the Patron saint of Aotearoa New Zealand.

It is a holy day of obligation when the Church celebrates Mary being taken to Heaven, body and soul to share in the Resurrection of her Son and anticipation of the resurrection of other Christians. Read this reflection on the Assumption by Father John O’Connor on Food for Faith.

Ka waiata ki a Maria - Let us sing to Mary, Hine i whakaae - The girl who said "Yes Whakameatia mai - let it be as you say, that I become Te whare tangata - the house of mankind." Hine pūrotu - A simple girl Hine ngākau - A strong-hearted girl Hine rangimārie - A quiet girl Ko Te Whaea - The Mother of Jesus, Ko te whaea - and the mother O te ao - of the whole world 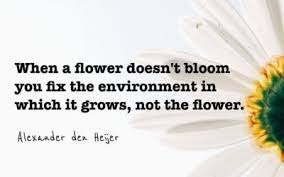 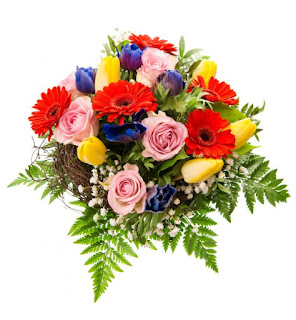 Altar Servers
Saturday 14th August - David Kilgour, Jessie Byrne and King Melecio
Sunday 15th August - Lilly Kelcher, Ivy-Belle and Theo Mestrom
Birthday Greetings to
Rheanna Coscos and Arianna & Ezmeralda Lopez Campbell
Cross Country
We have 2 offers of help for the cross country and need a few more people to help as marshalls on the day.  If you can help, please email Paula Brien at sport@stjoseph.school.nz  Marshalls are required from 9.30 to 11.30 am on Friday 27th August.

On Sunday 26th September, St Joseph's Home and School are running a Food Fair as a fundraiser.  To ensure this is successful, we require parent help, some baked goods (more info on this to come out closer to the time) and to borrow some equipment for the day.
Do you have any of the following items that you can lend us on the day?  It will need to be bought into school during the week prior to the Food Fair, and collected from school the following Monday.
- Rice cookers  ( We need 4)
- Waffle maker  (We need 2)
- Crock pots  (We need 5)
- A big shaker to dust icing sugar on food ( like the use for chicken salt or similar in Fish and Chip shops)
We also urgently require some parent helpers on the day.  We start at around 7.00 am and finish around 3.00 pm.  Any time you can give between these hours is appreciated.
If you are able to help in any way or lend any of the items above, please text Vic Forrest - 022 654 7500 and let her know in what way you are able to support this.  Thank you.
Prayer Group
We would love to see some more mothers from our school join our prayer group on a Wednesday evening at 7.00 pm for a prayer and social get-together.  Contact Sandy Mascarenhas on 022 041 5296 for further information.
Reminders
Saturday 14 - last day for rugby and Yr 1/2 netball
Sunday 15 - Hungry Horse Cafe
Monday 16 - First Communion Parent meeting

This Years’ Singing Cup is going to continue to promote our talents in singing as well as hold the prestige that was shown at last year’s finals!

We encourage all year 5-8 students to audition and there are House points for all entries.

Auditions are on Wednesday 25th August from 9am onwards. Friday 1st October is the date for Finals. Solos and Groups from 9am and House choirs will be from 2.00 pm.

Students can choose from the song list below and sing one verse and one chorus. This year the Duet/Group competition will also include Groups of 3-6 participants.  Auditions for Duets/Groups need to be able to present their song choice with harmony. Duet/Groups can be mixed Girl/Boy and mixed Houses.

Song Choices for auditions are:

Finalists choose their own song and accompanist but we can help you. Backing tracks may be used but they must only be instrumental. A TIME LIMIT of 3 minutes is required.

Finals will be held on Friday 1st October in our school hall starting 9.00 am sharp. Parents are welcome to attend.

The Judge has the following Marking Criteria:

We are looking for ‘excellence’ and participation and look forward to the final results.

We acknowledge the Waitaki Multicultural Day on Friday 27th August but as it is our cross country day, we are unable to participate but fully support it.  We look forward to celebrating our multicultural day in term 4.

Winter Sports
Good luck to our rugby and yr 1/2 netball teams as they finish their season this weekend. Can coaches
please get a team photo. All sports uniforms and gear bags need to be washed and returned to the office.

Come join us at the Oamaru Farmers Market

this is the final day for them to be handed in.

** North Otago Netball minutes - please read the bottom of the page for a notice regarding finals day netball.

** The rugby season finishes this Saturday

Excelsior Athletic - has the bye

The draw was unavailable at the time the newsletter was printed.

The draw was unavailable at the time the newsletter was printed.

Rest of the season:

14th August – play the game from 7th August. (No longer will there be a semifinal)

14th August – continue to play their games as usual.

21st August – last game. No finals for this grade.

Intermediate Section 1 final will be played at 10:30am, followed by prize giving at 11:20am.

WOW!!! A massive thank you to our Junior netball players and our community for getting behind them. So far we have raised just over $5000. All goalathon money needs to be in by this Saturday.

Need to look at spending some of our Goalathon Money towards Junior Netball. Ideas please for what our junior netball needs next year. An idea was to host a ‘Give netball a go’ day. We invite some steel players, have games, drills, fun activities for players to do.  Also to put some of the money towards funding a Development Officer that will go into schools and promote Netball.