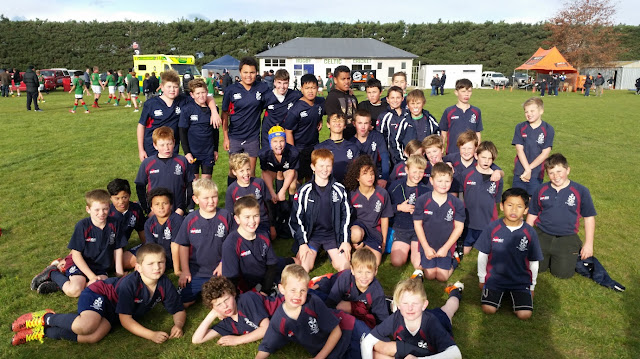 The group of under 9, 11 and 13 boys who represented St Joseph’s at the NZ Marist Pompallier Trophy in Timaru on Sunday. The other clubs competing were Marist Albion from Christchurch, Ashburton Celtic and Timaru Celtic.
An enjoyable day was had by all and everyone represented the club very well. St Joseph’s won the Under 9 sprint and Under 13 sprint, finished second in the Under 11, won all three 10 man relay races and won the Under 13 Tug of War.
The under 13s won all three of their 10 a side rugby matches, the under 11s were undefeated, winning one and drawing two games and a young under 9 side had a great day playing three games of rugby for three losses.
A big thank you to Chris Cant, Gary Whiston, Glynn Cameron, Lee Woodhouse and Jeff Spillane for coaching the teams and an equally big thank you to all of the parents that supported St Joseph’s on the day. 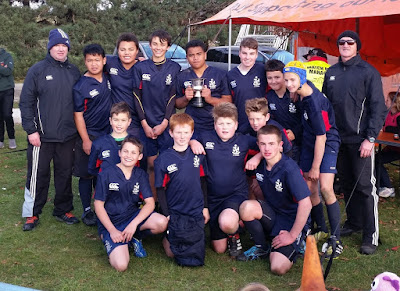 The victorious Under 13 team that won all three games of rugby they played. They also won the tug of war, team relay and Taine Cooper won the sprint race with Peleki coming in second. 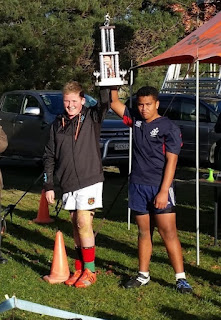 ←St Joseph’s Under 13 captain Peleki Tangifolau holding the Pompallier Trophy for the overall winner of the competition. St Joseph’s finished tied for first with Timaru Celtic. 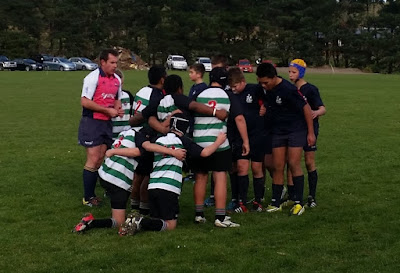 Under 13’s about to pack down a scrum. 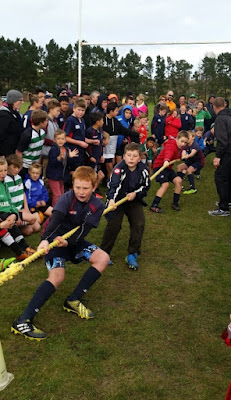 Under 11 team working hard in the Tug of War 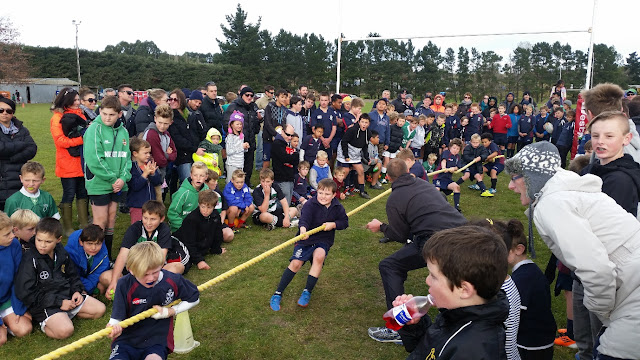 Under 9 team competing in the Tug of War 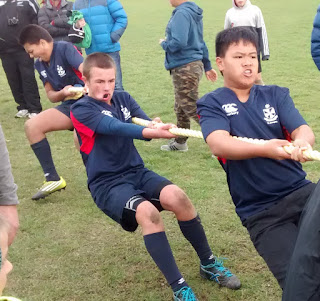 Under 13 team who won their Tug of War